How does an Italian story begin?
Like so many other business stories in Veneto, it began with a family.
The story began in the basement of Renzo Galato’s father-in-law, who gave him some space to install a lathe and a milling machine. Renzo had mechanics in his blood. His father was a mechanic, and so was his brother Oreste, with whom he started the company. Renzo and his wife Bruna decided to start their own business in the years when mechanics was the engine of the economy. The geography of Veneto changed: farmers became workers, industrial buildings alternated with fields of corn and soybean. Small emerging companies thrived with the support of families. The Galato Renzo company was established on June 1, 1968 and was soon relocated from Renzo’s father-in-law’s cellar to a cousin’s basement.
Bruna and Renzo got married and had three children, Antonella, Alessandro and Roberto: the second generation of the Galato family learned about mechanics from a very young age. In those days, Venetian craftsmen were learning to become entrepreneurs. And they learned it first-hand: houses and shops were built side by side, they could tend the garden as soon as they left the workshop. While Bruna drove the truck to make deliveries, their children played with wood and metal pieces. That’s how they developed their passion for mechanics.

Without even noticing, you find yourself there, trying to put lifeless pieces together and turn them into machines that actually work and respond to your orders, fitting one gear into the other to make a perfect creation. Then, that game becomes your life.
In 1969 the company moved into a small 200 sq.m. industrial shed. There was more space there and Renzo could finally build his machines. The first one was a press for Valigeria Roncato: a 100-ton machine, so big that they had to remove the roof of the shed to get it out of the workshop. This effort earned Renzo the satisfaction of seeing his brand imprinted on one of his creatures for the first time.
In 1978, the company set up the first CNC machining centre in Veneto. In the 80s, it mainly dealt with technological development. In the 90s, it focused on commercial development and specialised in installation as well as processing techniques. In the 2000s, the transition from working for third parties to in-house engineering marked the company’s final transformation: it created its own engineering department, was certified to ISO 9001 and offered innovative solutions to customers. Such rapid and growing success attracted new important customers and new challenges.
But how does an Italian story end?
Of course it doesn’t end here: the best is yet to come.

45 years of projects.
Mechanical equipment and processes of all types.
We started in a small cellar with 2 machines.
Then we moved to a basement, with 3 people to help us.
Our fi rst production plant was a 200 sq.m. industrial shed. 8 people
used to work there.
We enlarged it to 600 sq.m.
Then we purchased another 400 square-metre shed.
In the 80s we added a third shed, which covers 700 sq.m.
Since 2006, we also have a fourth industrial shed of 1,700 sq.m.
Our staff is increasing.
Customers are increasing.
Success, diffi culties and challenges are growing too.
This is the way we capture the market.
Inch by inch, as we did with the land we have settled on to fulfi l our
dream and build our machines.
Unique machines that bear our name.
Because only we can design them so well. 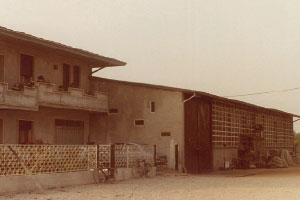 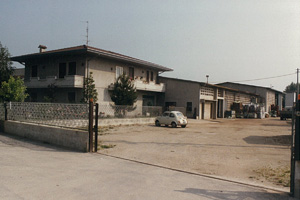 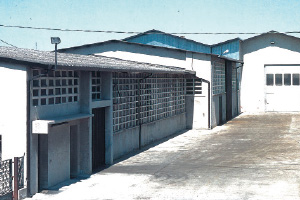 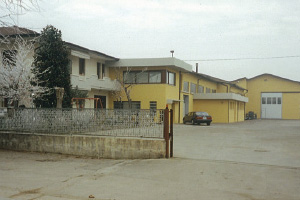 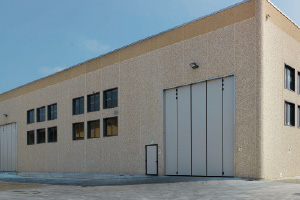